Centennial companies are hallmarks of any industry – serving as shining examples of what dedication to offering an excellent product leads to. In the generator industry, Cummins is the go-to example of quality, with it’s one hundred and one years in business. Read on to learn more about the history of Cummins and why we’re proud to stock their parts.

The story of Cummins begins with two people; Clessie Cummins and William Irwin. Clessie was born on the 27th of December, 1888 – growing up as a farm boy in Indiana. Eventually, Clessie ran into banker William Irwin – and began working as his chauffeur and mechanic.

‘Cummins Engine Company’ was founded in 1919 by the duo in Clessie’s hometown of Columbus. To this day, Cummins has its headquarters in Indiana. At the time, the Diesel generator was only a 20-year-old invention. Clessie Cummins and his company began to gain traction throughout the 1920s, with several endurance trials catching mainstream attention.

However, this did not translate into immediate success – with the sale of Diesel engines through Sears-Roebuck drawing very little profit, partly because farmers would simply return their engines to Sears after the harvest.

According to some reports, Clessie drove a Limo fitted with a Cummins engine from Indiana To the New York Auto Show in 1929 on only $1.39 worth of fuel. This publicity stunt was well-timed, as by the 1920s Cummins Generators were primarily used in yachts. Which were about to fall very much out of favour…

As the Great Depression hit in the 1930s, Cummins needed a new market for his engines. Irwin, at the time, had a position with a supermarket chain known as ‘Purity Stores’ which was based in California. Cummins convinced Irwin to put Cummins engines in their delivery trucks. This was a major success, with efficient and powerful Diesel engines making climbs up the Californian mountains an economic and simple task.

In 1931 Cummins Engine Company entered the Indianapolis 500 with a self-built entry, using their Model U Diesel Engine  installed into a Model A Duesenberg. The ‘Cummins Duesy’ averaged 86 miles per hour (138 km/h) and completed the race on 1 tank of fuel, without any pit stops.

World War II bolstered the success of the company. The American military bought every Diesel engine which could be produced in preparation for an Allied invasion of continental Europe.

But it was the post-war sale of truck engines that contributed most to the company’s subsequent growth.

Post World War II, Cummins became iconic, selling its N series en masse in the road-building boom. Between 1952-1959, Cummins cornered more than half of the heavy-duty truck market. Cummins continued to expand from there, opening a plant in Shotts, Scotland in 1959.

Cummins died on August 17th 1968, after retiring from Cummins in 1955. He is remembered as a strong and innovative figure, who left behind one of the most powerful Diesel equipment companies, now known as Cummins Inc. Cummins now has operations in approx. 197 countries and territories – including China. Cummins is best known to the public as the makers of the engine for the classic Dodge Ram since 1988, and supplies a variety of high-quality parts to PowerMark. All their parts are designed in Darlington, England.

That brings the history of Cummins to a close for now. To join the Cummins story, purchase Cummins parts today with PowerMark – your home for generator parts in the UK and worldwide 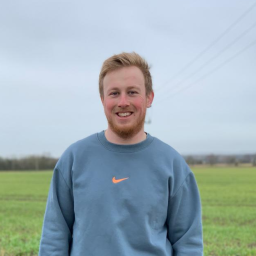